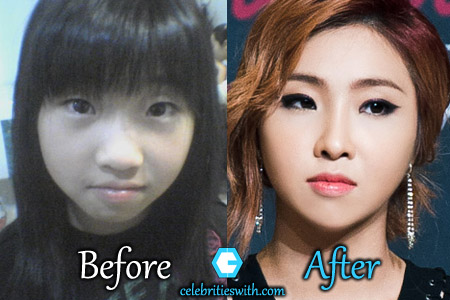 Minzy Plastic Surgery, Before After Picture

Minzy plastic surgery took wide attention several years ago. She was actively in girl group 2NE1 at that time. However, it is still a hot subject for many. She may not in the girl group anymore, but her facial transformation is permanent and we can see plastic surgeon’s work easily in her recent photos. What has she really done?

Minzy was initially not that open her plastic surgery. She was under an agency whose the boss is against plastic surgery. In other words, Minzy didn’t have enough courage to tell the truth behind her changing face. But at the same time, public widely speculated about her plastic surgery. Minzy didn’t seem able to hide from the issue. After some discussion with the agency’s CEO, Minzy finally revealed the truth. She openly admitted that she’s undergone surgical procedure on her nose.

However, Minzy nose surgery was first aimed to fix her nose problem. She claimed having rhinitis. And she didn’t cover the fact that she also took nose job after that. Former member of 2NE1 admitted that she had crooked nose back then. Nose surgery was best procedure available to change her nose. Cosmetic surgery creates permanent result. We can see in recent photos of Minzy that her nose looks significantly smaller than it was before. 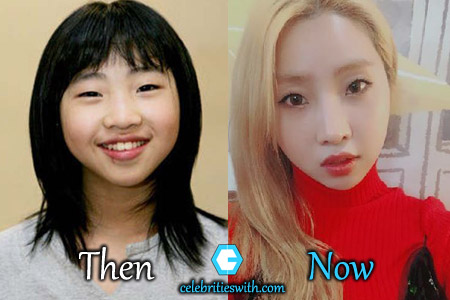 It’s obvious that Minzy has been given a perfect Rhinoplasty. She is much better with the reduced nose, isn’t she? Minzy plastic surgery, especially on her nose, reminds us of actor Kim Hyun Joong surgery. They combined their medical surgeries with aesthetic ones. And they both received better looks after their surgeries.

Back to Minzy, 24-year-old singer might have also undergone eyelid surgery. She didn’t clearly mention the procedure, but like many other South Korean celebrities, Minzy is also showing bigger eyes. You can compare her pictures to see modification around her upper lids.

No doubt, result of Minzy plastic surgery helps her personal life and career. What do you think about her non-natural beauty? Drop your comment below.